Sudbury is well known as the birthplace of Thomas Gainsborough and home to the National Monument for this great artist. The town has also inspired many other painters over the decades, and many of these artists have left a lasting inheritance of artwork. The Sudbury Ephemera Archive is fortunate to have been allowed to photograph of some of the Paul Earee’s paintings. 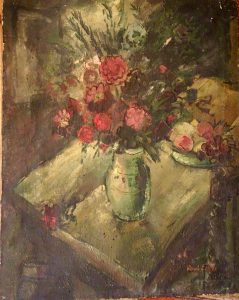 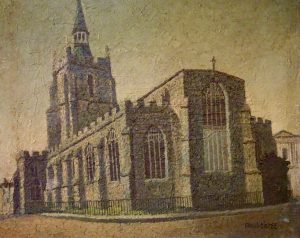 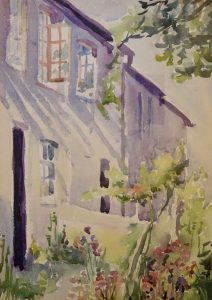 Paul Earee (1888-1968) was the son of a mat maker, his parents being Alfred and Hannah Eary. By 1911 he was to be found working as an architect’s assistant and he duly qualified as an architect, forging a highly successful career, particularly noted for his ecclesiastical and domestic architecture both around Sudbury and further afield. 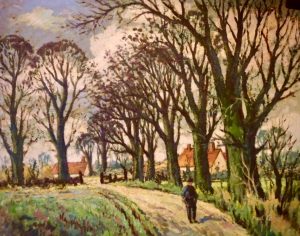 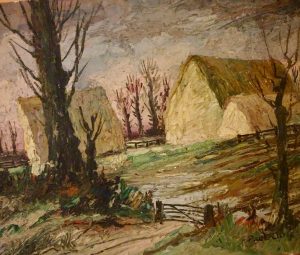 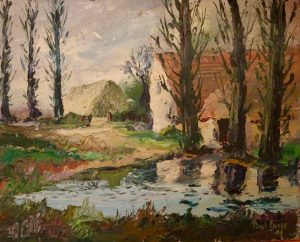 His chosen career complimented a lifelong love of art. An early foray into painting saw Paul moving to a London garret and subsisting on porridge in an ultimately failed bid to become a professional artist. Unperturbed he painted for pleasure throughout his architectural career with ever-increasing acclaim – he also became a significant influence both within his artistic circle and as Art master of Sudbury Grammar school during the interwar years. His artistic output was broad, including very fine pen, pencil and etching studies. 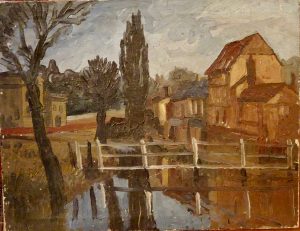 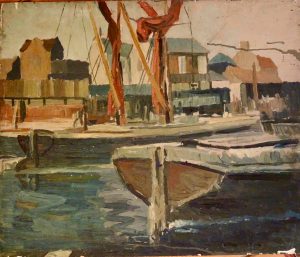 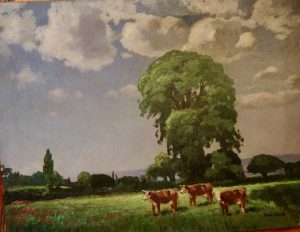