The July 2018 featured acquisition showed some photographs donated to the Sudbury Ephemera Archive and asked if anyone could name the people or places shown in them. Since then we have received some more photographs and not only was there a link to the photos in the July 2018 featured acquisition, but the donor (having looked at our website) was able to name some of the people and places.

This is one of the additional photos, which links to the July feature. 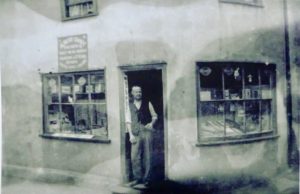 The following photos have been updated with the information we received from this month’s donor. 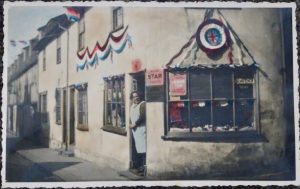 Kitty Goody (daughter of Isaac and sister of Alfred Goody) 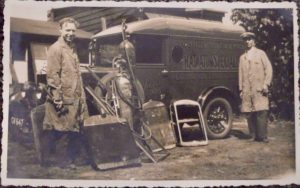 Another photograph is of Goody and Carter, a radiator specialist in Christopher Lane. They may have been situated in one of the small workshops that were all along Christopher Lane before the houses were built in the late 20th century

Amongst the collection was a photograph of a young woman who had participated in beauty contest during the 1960’s and she is also photographed outside premises in Station Road, which today we recognise as the Salvation Army hall and shop, but in the photograph it is the Bongo coffee bar. The wording on the brickwork is barely visible since it was sandblasted a few years ago. 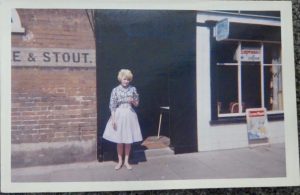 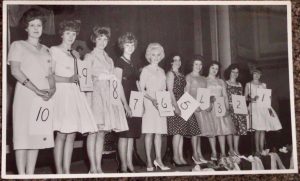 Also in the collection were some photographs of people, and the interesting features of these are the details in the background. It would really be useful if anyone can identify where these photographs were taken and possibly the address of the property. Any information can be emailed to us via contact@sudburyephemera.org or a note left at Sudbury Town Hall or just come and visit one of the work sessions at Sudbury Town Hall (ask at Reception for the right room, entrance behind the Town Hall in Gaol Lane, every 2nd Monday of the month between 10:00 and 13:00 and the last Wednesday of the month between 13:00 and 16:00). 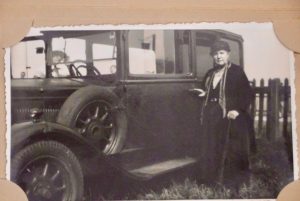 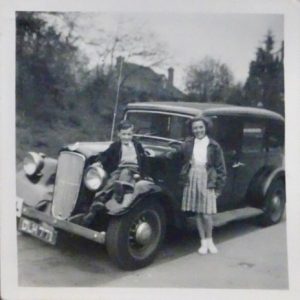 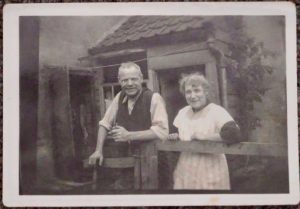 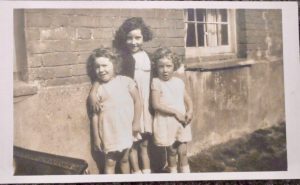 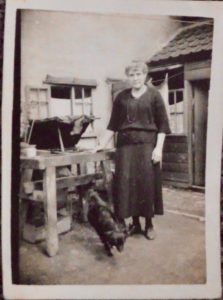 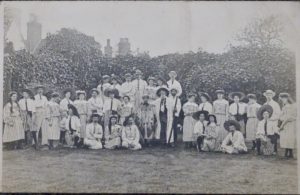